Mahendra Singh Solanky is a well-known social activist, Excellent orator, and Parliamentarian. He served as a senior division civil judge in the Subordinate Court for nearly a decade before being elected to the Indian Parliament from the Dewas constituency in Madhya Pradesh in 2019.

He has established himself as a visionary leader and an exceptional parliamentarian in a short period of time, and he is currently the State Spokesperson of the Bharatiya Janata Party Madhya Pradesh.

He now serves on the Parliamentary standing committees on Personnel, Public Grievances, Law and Justice, Joint Committee on Offices of Profit, Subordinate Legislation, and Consultative Committee, Ministry of Agriculture and Farmhouse Welfare. 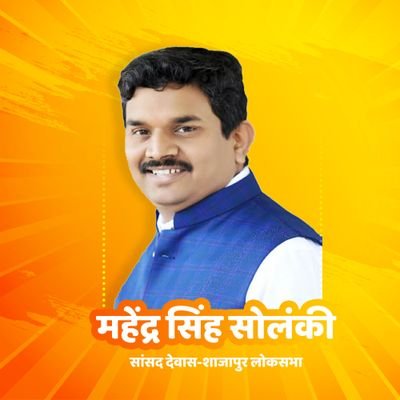 The city has many industrial units providing employment to thousands of workers. The largest companies include Tata, Kirloskar and John Deere. Dewas is known as the Soy Capital of India and is a major part of the soy bean processing industry in the country.